One of the questions asked by ResearchFish – the private limited company responsible for collecting data about everyone’s grant-funded research – is this:-

“Have you met your original objectives?”

It’s a multiple-choice answer: Yes; No; Partially; or Too early to say.  I’ve devoted quite a bit of time to asking myself this question, and I believe that yes, I have achieved what I set out to achieve, with the help and support of all those who have involved themselves in the Claimed From Stationers’ Hall music research network. 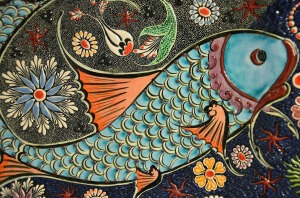 The project sought, in the first instance, to identify the patterns of survival of the Georgian music copyright material. Whilst aware that perhaps only one quarter of all Georgian-era published music was actually registered at Stationers’ Hall, we now have a very clear overall picture of the survival patterns of the registered musical material in historical legal deposit libraries, with the most obviously complete collections being at the British Library, the Bodleian and the University of Glasgow, and with the University of St Andrews’ collection close behind them.  Cambridge and Aberdeen University Libraries, and the National Library of Scotland have rather less, but cataloguing is incomplete, whilst Edinburgh University retained only a very modest amount of the copyright music that they received. (There’s a magnificent spreadsheet, and the music is now gradually being fully catalogued.)

Three libraries seem not to have retained music, for historical reasons tied up with the institutions themselves: Trinity College Dublin made a decision not to claim music; King’s Inns, also Dublin, was a legal library, and it is impossible to tell whether the unexpected small holdings of music arrived through legal deposit or by other means; and the theological Sion College’s surviving holdings, now in Lambeth Palace Library, appear not to have had any copyright music by the time of transfer.

Secondly, the project sought to identify where collections may not yet be catalogued online, to establish the extent of the work outstanding in order to facilitate access to the material in library special collections via Copac. We now have a clear picture of where holdings are not yet catalogued online; and until the time when the bulk of this material ­is retrospectively catalogued, big data analysis would perforce be somewhat misleading. On a more positive note, interest has been expressed in attempting to rectify this situation at four of the libraries, and the increased interest in the repertoire that this project has engendered, has certainly provided motivation.  Some interesting big data analysis was produced using data from the St Andrews material currently catalogued online, and data gathered from historical loan records of the entire St Andrews music copyright collection.  However, no other institution holds comparable loan records.

The third objective concerned interdisciplinary networking, with the project offering an opportunity for networking by interested parties from all relevant disciplines, seeking to explore the history of British-published music in all British legal deposit libraries. Extensive networking, in person, via electronic means, and in print, has raised the profile of this repertoire. A workshop at the Royal Conservatoire of Scotland brought together librarians from most of the historical copyright libraries, together with interested scholars from the fields of musicology, big data analysis and digitisation of resources, and library history.

Papers have been given at a number of conferences, with the possibility of more in future months; and relationships have been forged both nationally and internationally with individuals and with relevant organisations:- librarians, particularly in music libraries and special collections; book and library historians; musicologists, folklorists and copyright specialists; and contact with Stationers’ Hall itself.  In short, a wide range of people have been introduced to this project at the various events I’ve spoken at, from scholars of various disciplines, to librarians in different kinds of libraries, to folklorists, copyright specialists, local historians and genealogists, and users of archives.

A fourth objective was to draw together documentation in support of the interdisciplinary study of such collections’ history, by compiling a bibliography for the shared use of both librarians and scholars, which would itemise both archival sources and existing scholarship and writings on these music collections for future exploitation by scholars of various disciplines. A substantial bibliography has been compiled, detailing scholarship on all aspects of historical music copyright and legal deposit, also embracing some of the wider context of copyright legislation, and pertaining to music in individual institutions. Histories of individual libraries have been included, with the extent of archival documentation at the University of St Andrews standing out above most others, particularly in terms of the use made of the music copyright collection there.  This bibliography, currently online via the present network blog, will also very soon be made available via the institutional repository, Pure, at the Royal Conservatoire of Scotland.

A fifth objective was to introduce and promote these collections and their research potential at interdisciplinary meetings and via appropriate publications. To this end, the study day at the Royal Conservatoire of Scotland in March 2018, afforded delegates the opportunity to share knowledge about individual collections; to look ahead to future collaborative possibilities; and to reflect upon the need for further retrospective cataloguing; and to listen to a performance of some Napoleonic-era songs by women composers.

Themes arising from the study of this repertoire, and mentioned at the study day, have also been explored in subsequent conference papers and blogposts (both for this blog, and also as a guest blogger on others), demonstrating how the copyright collections provide a wealth of source material for studying the social and cultural history of music, eg the role of women in creating as well as performing music in the Georgian era; early music pedagogical repertoire; or the writing of popular songs and marches as a cultural response to the Napoleonic Wars.

The study day resulted in a commitment to produce a guest co-edited issue of Brio, the music librarianship journal of the International Association of Music Libraries’ UK and Ireland branch; authors have agreed to provide material in time for the November 2019 issue.

Lastly, the project sought to foster the performance of music from these collections, encouraging network participants to consider small-scale local events to showcase this material. A performance of some Napoleonic songs composed by women had already taken place both in St Andrews and at the University of Glasgow before the commencement of the network proper, and two of these songs were performed at the study day itself. The opportunities posed by this kind of material have also been outlined in spoken conference and seminar papers, and the possibility of further educational outreach to under-18 year olds is still currently under discussion.  Key issues are that, whilst librarians are custodians of the rare musical materials, it would require collaboration between librarians, musicologists and performers to research the collections in order to present particular historical themes, and to facilitate live performances. Furthermore, the exploitation of music through performance is probably more likely to take place beyond, rather than in, individual libraries, thus making the coordination of such events more complicated than they might initially appear – but assuredly not impossible!

In summary, the stated objectives of the Claimed From Stationers’ Hall networking project have certainly been met.  The challenge now, of course, is to examine the findings and, taking all considerations into account, to determine the most promising directions for future research!